Serving the Greater Stony Brook and all of Suffolk County

Roofing Replacements for Any Projects

See What our Customers Are Saying

Bill DuBois
20:54 02 Nov 22
Had to have my roof replaced due to defective workmanship of another company 9 years ago. Tom not only did an awesome job fixing what the other contractor should have done originally but did it in a quick time frame. His pricing was fair and reasonable. It’s nice to know there are still companies out there that are honest and do quality work. I would highly recommend Jannace Roofing for anything related to roof repair and installation. You won’t regret your decision!

Ronald Sickmen
20:14 04 Oct 22
As an attorney , I am held to the highest professional and ethical standards. As a roofer, Tom Jannace meets my profession’s standards. He is competent, trustworthy and equally important, he does what he promises. Weather permitting, he was always on time, always found the source of my roof problems and always left my business and residential premises neat and clean. His prices are reasonable and fair. Tom gets my highest rating.Ron Sickmen

suzanne martin
01:34 27 Jun 22
Tom Jannace and his son Nick were very honest, dependable and reliable for my roof installation. They fully explained what was going to be needed and how long the job would take, and were reasonably priced. They were able to provide the service in a fast, timely matter compared with other local companies. I am very happy with my new roof and gutters and downspouts. I would definitely recommend this company to anyone needing a roof or roof repair. The roof workers were very careful to clean up and take care of any surrounding areas. Tom came by several times to make sure that the job was to his satisfaction and that everything was cleaned up after the job. His company came highly recommended with great reviews and I can see why. I have no complaints only compliments on a job well done.

Demi Kostouros
17:28 17 Apr 22
My roof was damaged due to a storm and I needed an emergency repair done. Tom answered my call on a Saturday afternoon and shortly thereafter was at my house. He was prompt, polite and above all, professional. In addition, his price was more than reasonable. I highly recommend Tom and his team for all of your roofing needs. Thank you, Tom!

Stephanie West
00:31 16 Mar 22
We reached out to Tom Jannace, for an installation of a new roof. He returned our call that day. He came out to give us an estimate and went over the process. From start to finish you couldnot get a more professionalcompany to work with. Tom, the owner was at the job site overseeing his team. We loved the fact that he used top rated materials. He completed the roof within 2 days.We were extremely pleasedwith the whole process fromstart to finish. Tom and his team were a pleasure to work with. They were efficient, neat and competitively priced. I would definitely recommend them.James and Stephanie West 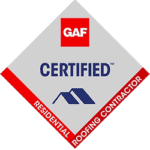 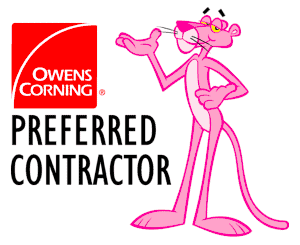 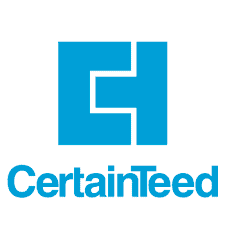 Tis The Season! We do Gutters and Leaf Filter Cover installations.

Reduce the risk of falling branches and leaves with our gutter covers.  You can also save money on gutter replacements or installation.

Our Professional Roof Maintenance Services can help protect your property in all of Great River, NY!

One of the most underrated components of a building is its roof. Whether it’s raining, snowing, windy, hot, or cold outside, outdoor elements continuously threaten the integrity and longevity of your building’s roof. A good roof offers plenty more protection than you might expect at first. It acts as a barrier against unexpected and unwelcome expenses.

Putting off roof maintenance can lead to costly repercussions. This is because, when your roof isn’t properly maintained, it won’t last as long and might affect the productivity of your staff and tenants. In our location, Great River, NY, Tom Jannace Roofing can provide you with benefits you may not have even considered.

Our roofing services package includes a complete roof repair and an annual inspection. By performing regular maintenance, you can spot problems before they become more serious and fix them before they get worse. This will help you to use your roof longer, allowing you to get the most out of it while using less money overall.

Looking for a residential or commercial roofing repair? We have the experts for you. Our roofing contractors provide timely, high-quality service that will leave you feeling confident with every job. Learn more about detecting leaks in your roof by checking out our leak repairs today. 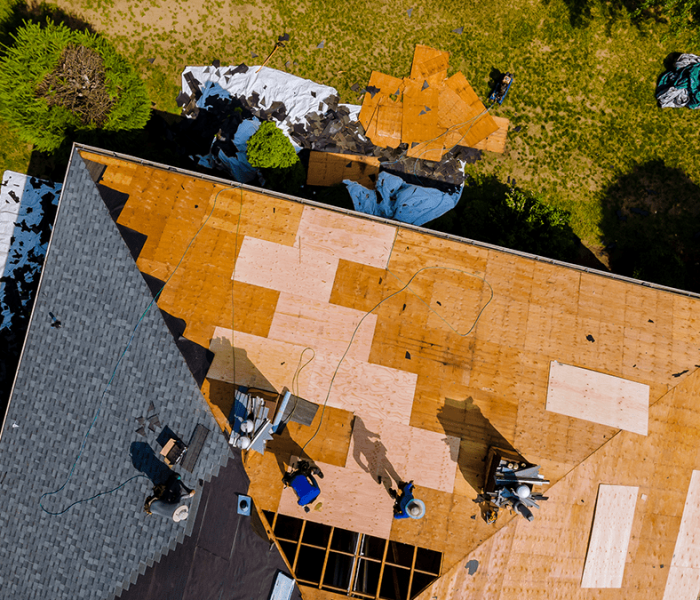 Residential roofing or commercial roofing maintenance services can differ depending on the material of your roof. That’s why we have a team of qualified professionals to help you with any job no matter what your needs. To keep your costs down for repairing or removing roofs, we check the following that can affect your roof:

Asphalt is a type of waterproofing material that can be used on both commercial and residential buildings.

When it comes to your roof, you need a company that will focus on every detail. We’ll find any cracks or missing tiles and fix them. For a new look, we replace each tile one by one.

We look for cracks or missing parts in your roof’s tiles. After years of usage or storm damage, tiles might get cracked, loose, or even missing. For a completely new appearance, our crew changes each tile one at a time.

No roof is completely maintenance free, even if it has a metal exterior. Metal roofs require less upkeep than asphalt or flat roofs. When you’re looking for metal roof fasteners with exposed rubber washers, make sure to check for potential leaks as well.

Dirt and debris can clog rain gutters, leading to water accumulation and eventual leaks. This can mean financial ruin for your business. Trust us to help your business with the maintenance of its commercial roof.

Roof maintenance and roof & gutter cleaning services are recommended based on location and roof type. Contact our roofing contractor at Tom Jannace Roofing whether you have a small leak or need a complete roof leak repair. 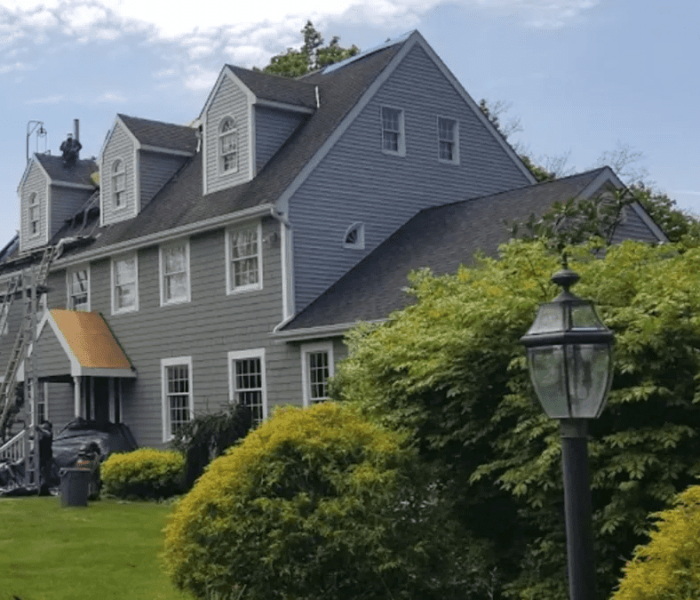 Call Us Today To Hire Us For Roof Maintenance Services!

Tom Jannace Roofing in Great River, NY has a group of highly experienced roofing contractors at your disposal with all the necessary qualifications.

We are here to provide you with skilled roofers to ensure all your roofing service requirements are met. While other roofers have been unsuccessful in identifying the source of roof leaks, you can rely on the experienced roofers at Tom Jannace Roofing.

Our roofers are active around most of the regions in Suffolk County. Feel free to contact us at 631-751-4734 whenever you want us for all your roof maintenance and roof repair requirements.

Great River is a suburban hamlet and CDP in the Town of Islip in Suffolk County, New York, United States. It is situated approximately 50 miles (80 km) east of New York City on the South Shore of Long Island, adjoining the Great South Bay, protected from the Atlantic Ocean by Fire Island.

For centuries, the Algonquin people inhabited Long Island. A sub-division of the Algonquins known as the Secatogue ( Mohegan (L.I.)) tribe occupied all of the area in what is now the town of Islip. Their principal villages were at West Islip (Secatogue), Bay Shore (Penataquit), and Oakdale (Connetquot).

On November 29, 1683, William Nicoll (Nicolls), founder of the Town of Islip and son of New York City Mayor Matthias Nicoll, was awarded the first royal patent to the east end of what is now the Town of Islip. Nicoll purchased land from Sachem (Paramount chief) Winnequaheagh of Connetquot. He named his 50,000-acre (20,000 ha) plantation (an 8-by-10-mile (13 by 16 km) tract of land) “Islip Grange”, in honor of his ancestral home of Islip (UK) in East Northamptonshire, England, from which Matthias emigrated in 1664. Nicoll’s domain extended from East Islip to Bayport and embraced the present-day communities of Sayville, West Sayville, Oakdale, Great River, Islip Terrace, Central Islip, Hauppauge, Holbrook, Bohemia, Brentwood, Holtsville, and a portion of Ronkonkoma. Nicoll paid an annual quit-rent (tax) to Thomas Dongan, 2nd Earl of Limerick and Governor of the Province of New York, of five bushels of good winter wheat or twenty-five (25) shillings payable annually on March 25.

How do I estimate the cost of a new roof?

How long does it take to tear off and replace a roof?

In general, the roof of an average residence (3,000 square feet or less) can be replaced in a day. In extreme cases, it could take three to five days.

What is a complete roof tear off?

Roof tear off is when the entire old roof is removed completely, and the new roof is installed in its place with all new materials.

What is a Roof Overlay?

A Roof overlay is when your old, existing roof remains in place and the new roofing system is installed directly over top of it.

Here are some roofing-related links:

We provide an honest on-site inspection and true estimate of your roofing repair needs.